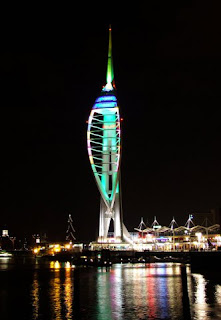 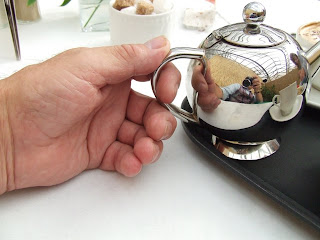 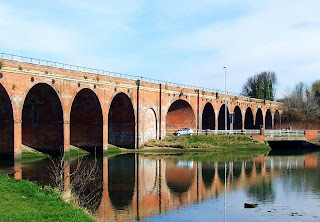 
This morning I received an email announcing that I had been placed Joint Second in a Major Camera Manufacturers WebsiteMonthly competition, by their resident "Professional Photographer". The prize is a £100 voucher towards the cost of a new camera from their e-shop!... In February, I also won the weekly competition, which was voted by the viewers/members of the site, and the prize for that was a £75 voucher... ! The photograph of "In-Flight Refuelling" (Swallow feeding it`s young) is the monthly prize winner, and the "Spinnaker Tower Night" is the winner for the weekly competition....

A couple of months ago, I entered a similar competition run by the Fuji site, and managed to gain a Third Place with the reflection in the teapot photograph.

The smoky roller photograph was a second place in a local village show competition, along with the railway viaduct. 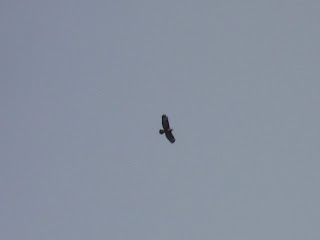 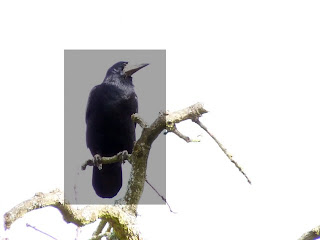 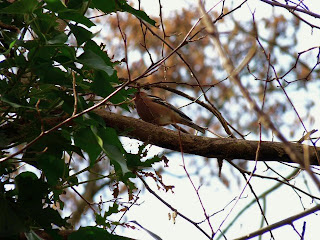 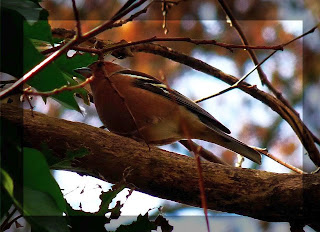 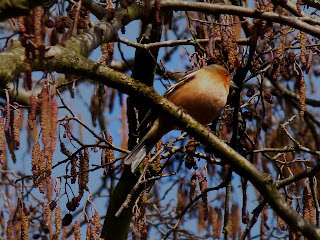 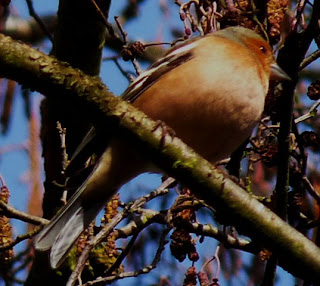 I have been experimenting with the settings for megapixel, and extra zoom, and then saving them on the C1 and C2 positions..... During a trip out yesterday, to Midhurst, in West Sussex, I had a chance to test them out, with the pictures you see today. The settings I used were as follows

I have done some calculations to work out the approx distance from the camera, to show the capability of the camera to find and focus on a very distant object, even though they were all shot free standing, and hand held.

The buzzard, I estimate were about 300 feet (possibly up to 400 feet), and obviously at that distance, you would not expect to see detail in the feathers, but it is possible to make out the markings on the wings and the shape of the bird, thereby enabling identification of the type of bird that it was... I have not cropped the picture......Not spectacular in terms of photograph quality, but to me it is the thrill of actually capturing the birds, as much as getting the "perfect" shot.

The Crow, he/she was at the top of the tree, and the estimated distance from camera to subject here is about 50 feet. I have not cropped the picture, but used Irfanview, to adjust the colours, and present the subject in better contrast, as I was shooting into the clear sky background, it presented the camera with an over exposure situation.

The chaffinch was flitting around the trees, and singing his heart out... it was tricky to get him in a good position without loads of branches in the way. Again, I estimate him to be about 4o feet high in the tree. You will know which one`s are the crops, and you can see there is quite a good bit of detail in the birds feathers. I have adjusted the contrast and colouring using Irfanview, because , again, they were shot into the sky...

Now the zoom levels.... on the Buzzards, I used maximum zoom available, i.e 21.4 X optical zoom, and then the full digital zoom on top of that making it a total zoom of 85.5 X. 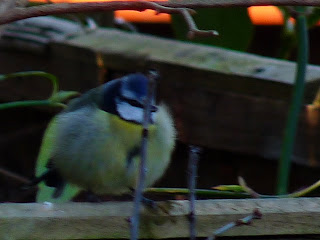 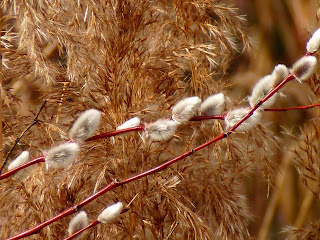 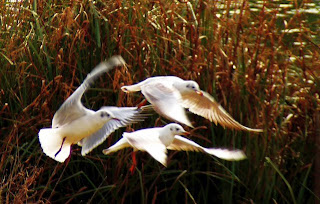 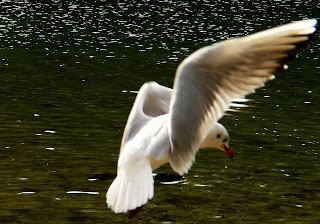 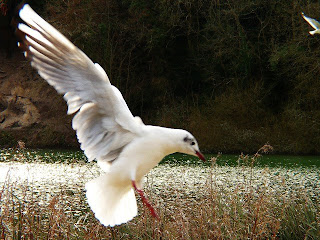 Went to visit a "local" lake, well, it is about 35 miles from where I live, but I suppose that is "local" when you live in a large country such as USA or Australia. ! ! !... Took our great granddaughter to "feed the ducks", but ended up feeding the seagulls !... Managed to get a few decent shots, but was mainly trying out my 1.4 teleconverter lens, and also the "burst" mode on the FZ28.... I took over 700 shots in just under 2 hours ! ! !... Strangely, not many of the attempts to catch birds in flight worked out with the burst mode.... maybe I need more practice.... The best shots turned out to be "single" shots, where I second-guessed the flight path, and took a chance !...


This morning, I was out in the garden, trying out my 18 X optical zoom on the local bird population, and also the Extra Zoom facility, that is enabled by downsizing the MPX figure on the main menu... Down from 10 mpx to 7 mpx, gives you EZ (extra zoom) facility of 24.5 on the normal optical zoom. I was just going indoors, (as is usual) when I spotted a blue tit, sitting on the fence at the bottom of the garden.....

When I got the shot on my laptop screen, it looks very much like a fledgeling ! !... Which I think for the 2nd day of March, is very early for this bird !..... I hope he manages to survive as we usually have another cold spell before the spring has really sprung....
Posted by Gerry at 20:13 1 comment:

Gerry
Portsmouth, United Kingdom
I have drifted away from photography!.. I am 76 yrs old, now , and have been to most places and taken all the photo`s ! ! .. I spend a lot of my time with Morse Code users, over the internet, and this site has now become more affiliated to morse keys that I have bought and refurbished, bringing them back to life and using them every day. For more information about morse over the internet, please visit my other blogsite https://morsepower.blogspot.com/ Each story on here has a short video at the end that will show the key "in action" .Enjoy !.